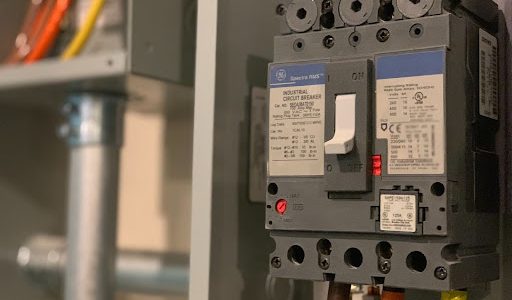 When the signal conditioning experts wanted an out of the ordinary enclosure, they discovered that “Hitaltech are always looking to make life easy for us”.

Amelec’s David Mundye was already familiar with Hitaltech’s connectors and enclosures, so when the company needed an ultra-slim enclosure for its latest process signal splitter, he took a closer look at the Hitaltech range to find something that would suit.

Within the range, David found an enclosure “that appeared to be suitable for both TS 35 ‘top-hat’ type Din rail and TS 32 ‘G’ rail mounting, and importantly with this dual mounting option within a single mould.”

Although the enclosure was the closest David had found to being ideal, this wasn’t to be an off the shelf solution. The din rail hooks would need modifying and strengthening, which would require additional tooling to achieve this.

“There were also possible heat dissipation issues to consider when customers mount multiple units directly side by side along the mounting rails,” explains David, “so Hitaltech also managed to modify the ultra slim enclosure cover to add ventilation slots at the rear. We worked together to marry our internal pcb layout to the enclosure, ensuring the terminal arrangement on the enclosure was able to slot up to our pcb, and that the modifications didn’t create any unwanted knock-on effects.”

Ensuring the enclosure was a true form and fit to what Amelec wanted also led to further custom-machining “not only the ventilation and universal din rail mounting requirements, but also to accommodate our requirement to access the four calibration potentiometers mounted to the internal pcb, so we would have all enclosures delivered with the correctly positioned  through-holes.”

“We weren’t aware Hitaltech could do all this in the first place,” explains David. “We assumed that we would have to do the after-drilling of holes. After they sorted one issue, they said they could do another section. It was better and more cost effective to have the enclosures predrilled and pre-formed. Hitaltech are always looking to make life easy for us.”

After 12 months of collaboration in this step-by-step process, Amelec now has a finished product.   “This wasn’t a massive product launch – we were only talking 100s to 1000s initially – so we didn’t expect Hitaltech to go to these lengths,” says David. “They gave us their full support throughout, and were also quite patient. They invested time, effort, machinery and tooling, which was quite impressive and made them stand out.”

What Happened As A Result

Amelec’s signal splitter faces tough, worldwide competition, but working with Hitaltech has given the new product a real chance of success.

“Our new ultra-slim ADG231 signal splitter is suitable for both TS32 ‘G’ rail and TS35 ‘top hat’ rail mounting.  We’re now manufacturing it in the UK for the process industry sectors, and looking to export it globally. We wanted production to be as lean as possible and Hitaltech have helped us do that, finding new cost-efficiencies that have helped us reach a sensible and sustainable price.”

So having experienced at first hand the way Hitaltech operates, would David recommend them? Absolutely:  “I would say they would be the first I’d recommend.”

Hitaltech are the leading electronic component suppliers who are on hand to provide you and your business with effective solutions to meet your application needs.

This site is registered on wpml.org as a development site.